On Sunday the Colts host the Raiders, who, reportedly, will give Terrell Pryor his 1st start in the NFL.  Indianapolis prevailed in a close contest the last time these teams met, which gave birth to the greatest play in the history of the NFL as well as a new era of QB scrambling.  This year will be much different; RSD is expecting a bloodbath.  The Colt offense will get it done on the ground as well as through the air, and Robert Mathis and LeRon Landry will welcome Prior into the league. Violently. 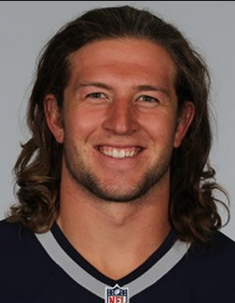 The steep drop off of projected production from Jimmy Graham to the rest of the field of NFL tight ends will cause some problems for fantasy managers this season.  If you didn’t land Graham, you may be (or will be) on the continual lookout for options at this position.  Despite Sudfeld starting camp as the 3rd tight end on the Patriot’s depth chart, this undrafted rookie should see significant and productive playing time this season, assuming he can continue to abstain from PCP, committing murder, and never ending surgical procedures.  New England’s propensity for two tight end offense sets along with the lack of stars in the receiving corps assures that Tabitha Brady will continue to spread the rock around and Sudfeld will benefit from this distribution. 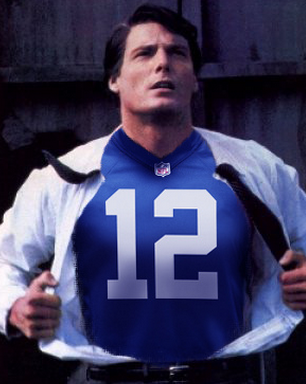 Due to the widespread media conspiracy minimizing airtime for the Colts, Luck was not regarded as the clear #1 pick in any league.  This, of course, is stupid. If you were obtuse (sorry to inject geometry here) enough to not draft Luck in the 1st round, RSD will have no sympathy for you when your fantasy team replicates the win total of the ’08 Lions.  In week 1, Luck will face a dismal Oakland defense that features 5 new starters acquired in free agency.  Best yet, Charles Woodson may miss the entire 1st half of the game as he’s set to close on his new reverse mortgage home loan.

END OF AN ERROR

Aside from obsolete versions of Madden and NCAA football, Tebow will never play another down.  To his credit and despite being discarded like a murder victim around the corner from Aaron Hernandez’s mansion, Tebow has vowed to return to the NFL.  This curious and confident claim led the RSD ninja research team to a source with significant inside knowledge of Tebow’s situation.  Our source has claimed that Tebow is currently working with world renowned physicist, Michio Kaku, on the possibility and methodology of time travel.  Said travel would allow Tebow to go back in time and enter the 2010 draft as an H-back, thereby increasing his chances of a long term NFL career.  If Tebow is successful in this endeavor, the space-time continuum may be forever altered erasing the entire Tebow saga from existence.  On a related note, the condition of Skip Bayless has been steadily improving since Tebow’s release.  Although his doctors say that Bayless will not be released from suicide watch anytime soon, he is no longer babbling incoherently and is once again eating voluntarily.

THE STATE OF THE JETS*

Continuing their successful quest to remain the NFL’s #1 sideshow, the jets have replaced 3rd string quarterback Graham Harrell with professional clown Brady Quinn.  In a recent interview, Rex Ryan finally admitted that mediocrity at the position is the price he’s willing to pay for handsomeness.  RSD and the rest of the media is still awaiting the inevitable annual Super Bowl guarantee of Rex Ryan.

*the proper noun “jets,” when referring to the “New York jets” has been deemed unfit for capitalization by the grammar team at Rob’s Sports Desk.

Just this week, Chucky laid claim that the pistol offense is the inevitable future of the National Football League.  Granted, since the league’s inception, offensive fads, particularly the pistol, have enjoyed tremendous and sustained success.  However, Gruden (who is my favorite NFL commentator of all time) should have consulted with me before making such a grossly misguided statement that will certainly subject him to future public embarrassment.  Let’s think big picture here.  Consider the two prominent pistol quarterbacks in the NFL: Colin Kaepernick and Robert Griffin the turd.  Now consider every quarterback drafted in the past three years.  Who is the pick of the litter?  The guy hanging in the pocket, progressing through his reads, and throwing darts.  The guy who only runs out of necessity.  The guy who set the rookie passing records.  Additionally, these sub 4.5 40 yard dash pistol QBs are almost always physically and emotionally fragile (ironically, at 6’4”, 240 lbs, Luck is the exception proving the rule).  NFL defenses are now preparing for the pistol and will send outside linebackers to smash these QBs, regardless of whether they pitch or not; not a formula for the long-term health of highly drafted, highly paid franchise players.  Now let’s consider the QB enjoying the most success with the pistol, Kapernick.  It’s important not to forget that the pistol was literally invented at Nevada during Kaepernick’s tenure there.  It’s no wonder he’s good at it; it’s the only offense he’s known for years.  He’s ran it since its inception.  RSD’s prediction:  The pistol offense will be dead in 3 years.  You can have your gimmicks; I’ll take the proven commodity.