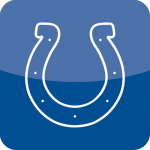 Due to the superhuman performance of the NFL’s greatest rookie of the all-time, the Colts have returned to more familiar drafting territory – the back quarter of the draft. Although the “experts” are having a tough time agreeing on much other than the awesomeness of Mel Kiper’s hairdo, a few draft prospects are considered by many to be likely targets of the Colts’ front office.

Despite signing cornerback Greg Toler and resigning Cassius Vaughn and Josh Gordy, Indycould still use more depth at this position, especially considering the departure of Jerraud Powers. Indy fans should be excited about the prospect of adding a physical cornerback with such great size (6’1” / 210lbs).

Datone Jones is another prospect that is considered a late 1st round pick who could do some good work in Indy. Jones’s experience at 3-4 defensive schemes, as well as his ability to line up as both a defensive end and a pass rusher, makes him a desirable pick for the Colts. With excellent strength and the ability to shed blocks, Jones could be a key piece to filling the void left by #93.

As expected, Indy’s front office went on a spending spree during NFL free agency, signing 9 free agents and burning around $34,000,000 of their available $44,000,000 in cap room. Although Grigson has been criticized for overspending on NFL unknowns, he has addressed nearly every team need including CB, Safety, WR, O-line, as well as D-line. And at the end of the day, I’m throwing in with the reigning NFL executive of the year over Dingus McNilly at Bleacher Report.

Continuing the execution of the defensive philosophy of not fielding the worst defensive backfield in the NFL, Grigson inked strong safety LaRon Landry to a 4 year, $24,000,000 contract. Despite his production being limited by injuries in the 2010 and 2011 seasons, Landry was back to his role as a prototypical defensive thumper and was a pro-bowl selection in 2012. However there are some concerns regarding his size, muscle tone, and upper body strength.

Although Heyward-Bey has yet to live up to the expectations of a top ten draft selection, his speed and size is something we’ve always missed in Indianapolis, especially since the onset of the “TO – Calvin Johnson” wide receiver era. He’s come to Indy on the cheap and was signed to a low-risk, high-reward 1 year contract that, with incentives, maxes out at $3,000,000. With a pair of phenomenal receiving tight ends underneath, the speedster Hilton in the slot, and Reggie on the opposite side of the field, Heyward-Bey should have enough space to put up career numbers in 2013.

In March, Indy placed the franchise tag on McAfee, guaranteeing him at least $2,977,000 in 2013, and preventing him from testing free agency like a drunkard would test the water of the White River at 5AM on a Sunday morning. McAfee is coming off his most productive season where he averaged 47.9 yards per punt, and pinned opponents back in many key situations.

As always Rob’s Sports Desk is brought to you by Stewart Richardson Depositions with locations in Indianapolis, Fort Wayne, Evansville and Valporasio.

Merry Meals: A Non-Profit Started by One of Our Very Own