The Colts continued their commitment to strengthening both lines of scrimmage, as well as the defensive backfield, in this weekend’s draft.  With plans of shipping 1st round bust Jerry Hughes into the sunset, Indy, for the second time in four years, attempted to find Dwight Freeney’s full time and long term replacement.  Additionally, and contrary to the philosophies of previous management, the front office showed a willingness to gamble on players with character issues and history of injury in order to secure greater value from the later rounds.  Overall, it was a solid weekend for the Colts as they continued to add depth and address their greatest roster concerns. 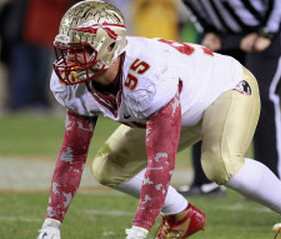 Although, due to his smaller stature, the German born Werner feels more like a Dungy / Polian defensive pick, his pass rush abilities convinced our new regime that he was indeed a 1st rounder.  Many analysts credited Werner with having the best hands in the entire draft, and his production at Florida State cannot be overlooked (23.5 career sacks in just 3 seasons). He is expected to take the field in week 1 as a starting OLB, opposite of Robert Mathis. 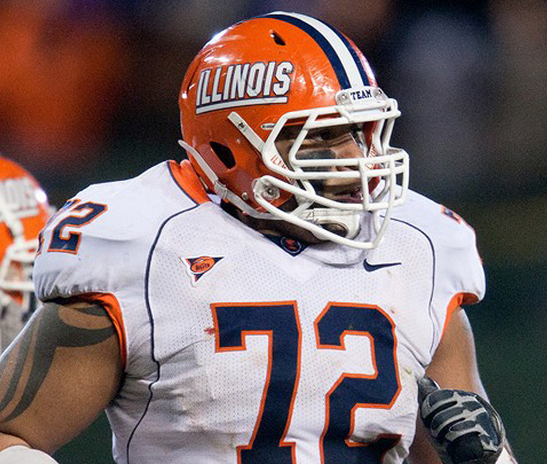 Having traded this year’s 2nd round pick to Miami for CB Vontae Davis, the Colts had to wait until the 3rd round to make their next selection. With this pick, the Colts chose to protect local religious idol and my #1 mancrush Andrew Luck by selecting Illinois guard Hugh Thornton.  Thorton’s versatility (his ability to play both guard and tackle), along with his impressive performance at the combine, was reason enough for the front office to give him a chance, despite lingering character concerns.  Thornton is a refined player and should have every opportunity to compete for a starting job in 2013.

In an effort to add depth to the Center position, Khaled Holmes was taken off the board by the Colts in the 4th round. Holmes is adequate at both pass and run protection, and is yet another rookie who should see some time on the field this year.

From the 5th round comes Montori Hughes. At 330 lbs, Hughes should fit in nicely in running situations, although at times he can struggle with rushing the passer. Unfortunately, Hughes is another character gamble for Indy. However he could prove to greatly exceed the expectations assigned to an average 5th round selection.

Injury concerns are the largest question mark when it comes to John Boyett, as he missed the beginning of the 2012 season due to his recovery from double knee surgery. Boyett’s strength comes from his instincts and ball skills, and may prove to be another winning gamble.

This is a nice pick with a lot of upside; even if Williams never gets the nod at running back, he may have value as a return man. Additionally, his ability to run routes out of the backfield may be enough to land him a contributing role in Indy’s offense.

As 2013’s “Mr. Irrelevant,” Williams’s only hope to secure a roster spot lies in his ability as a special teamer. With sophomore tight ends Coby Fleener and Dwayne Allen on the roster, the tight end depth chart in Indianapolis will prove to be completely impenetrable to incoming talent.

As always Rob’s Sports Desk is brought to you by Stewart Richardson Depositions Services with locations in Indianapolis, Fort Wayne, Evansville and Valparaiso.

Steno A to Z: Discover If Court Reporting Is Right for You!